Thetan Arena – Fall of the Titans 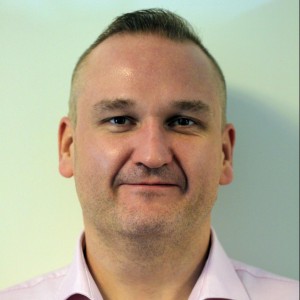 All Posts From This Author

Thetan Arena has gained a lot of fame and supporters in the past months, as one the best play-to-earn games in the crypto world.

In the beginning, there was money to be made, and it was good. The game attracted millions of players within a few days of its release.

Then, the storm set over the horizon and the crypto market took a dive. So did the prices of the tokens associate with this game; namely Thetan Coin ($THC) and Thetan Gems ($THG).

Thetan Coin or $THC is the main utility token of the game and also what players earn by winning matches. In order to be eligible to earn serious amounts of tokens in the first place, the players have to invest some money into buying a game character, or Thetan Hero, from the marketplace.

These Non-Fungible Tokens or NFTs make it possible for players to compete for daily prices and thereby make the time they spend playing the game worthwhile.

The rarity of these NFT characters or Thetan Heroes, also determines how many matches the players can participate in daily, and thereby also how much they can expect to earn using that character.

Furthermore, the NFT character has a set number of uses, or matches it can play, before the hero becomes spent and thereby effectively become useless outside of playing the game for fun.

The Crux of the Problem with Thetan Arena

So, what really is the crux of the problem with Thetan Arena?

Quite simply, it’s the price of the Thetan Coin at the moment, as well as the prices of the NFT heroes on the marketplace and the way the game is structured.

Taking into account the number of matches a NFT hero is able to participate in daily, plus the rewards granted to that NFT hero per win, you end up on a number that is currently mostly negative, even at 100% win rates.

We took a look at some of the NFT heroes for sale on the marketplace and checked the profitability for those characters at the current price of $THC. The numbers are abysmal.

In most cases, unless a very rare NFT hero is sold at an unusually low price, the return on investment or ROI on these NFTs never happens.

The shocking results were that very few of these heroes would produce profits large enough to make it worthwhile to buy them or even to use them once they have been bought.

Furthermore, the NFT heroes worth buying had already burned up some of their limited use and thereby decreased the time they can be put to work, in order to generate gains.

So, to put things into perspective, we checked at what price the $THC token would have to be, for this hero to start generating positive revenue.

Clearly, this hero would also generate profits with $THC at a lower price, but that would require the player to win say half of the matches. In order for that to happen, the price of $THC would still have to be $0.12, or 126% higher than the price it sits at today, which is $0.053.

We must also point out that these figures are relative to the price users are asking for the NFT heroes on the marketplace. If those prices decrease, the profitability goes up.

However, the prices of NFTs tanking for any game, is a clear indicator that something is wrong with the tokenomics of the project.

The fact that players can only profit from this game in a booming market, is another indicator that there’s a flaw in the game economy.

In this case, perhaps the developer’s implementation of their own dual-token system was where it all went wrong.

Usually, the utility token (in this case $THC) features an unlimited supply and remains within the metaverse and only the governance token (in this case $THG) is traded on the open market. There are exceptions to this rule, of course, but in the case of Thetan Arena, the decision to feature both tokens on the exchanges may have led to the problems we’re seeing today.

That was, however, not the case and as the entire crypto market went for a dive recently, the price of $THC went down with it, as investors dumped it, in order to minimize losses.

This, coupled with the high prices for the NFT Heroes on the marketplace has led to disastrous effects on the play-to-earn mechanics of the game lately. The price of $THC would have to skyrocket for players to be able to make good earnings on this game, as it stands now.

The developers have stated that they intend to burn a lot of the $THC tokens to maintain a functional game economy. It’s possible that they didn’t burn enough tokens or the sudden and steep crash on the crypto market was more than the game economy could handle, indicating that the whole game economy of Thetan Arena was built around a booming crypto market, not accounting for large fluctuations in the price of their tokens.

Some attempts have been made to compensate for the lower price of the utility token, but clearly the developers need to rethink the game economy and fix this problematic situation, before the game experiences mass exodus and players start focusing on something more profitable. 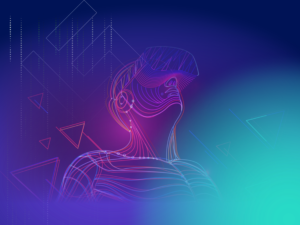 Why It Is A Good Time To Learn About Crypto Gaming

Despite being a global phenomenon in recent years, cryptocurrency and Blockchain technology adoption still has a long way to go before it becomes mainstream. While 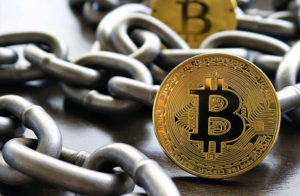 How to ensure that your crypto is safe in MetaMask

Thetan Arena – Fall of the Titans

Thetan Arena was set up to be one of the best play-to-earn crypto games to date. Find out what went wrong by reading this article.